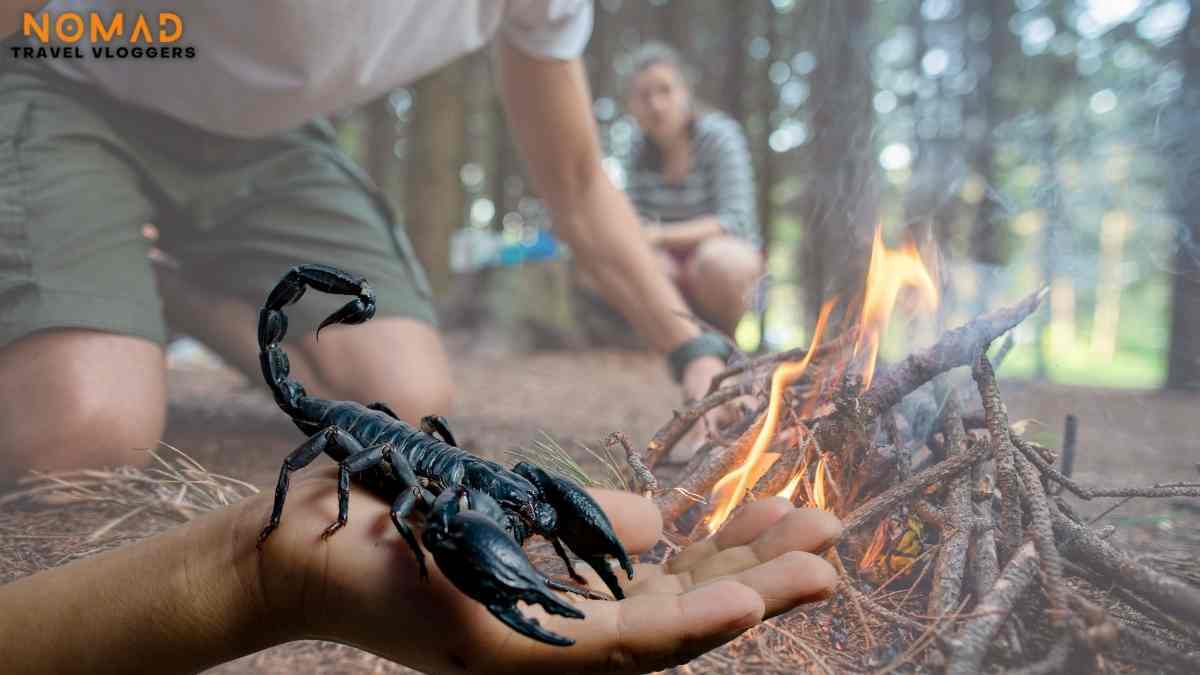 How to cook and eat Scorpions?

Scorpions are very definitely edible, they are very popular street food around the world, specially in China. If you visit China you can see they sell scorpions on a stick with the stingers attached.

Scorpions are very easy to catch. All you have to do is flip over rocks to collect scorpions. As a general rule whenever you eat bugs you should always cook them. The first thing you should do is kind of put the scorpion out of his misery, so you can kind off smash the scorpion’s head to stop moving. Then put scorpion on the stick and roast them.

It’s very easy to cook scorpions as roasting a marshmallow on fire. Don’t close it to fire too much and just make sure you are turning it evenly. You will see the base of the legs turn white and juices will start to come out. Make sure to heat it up enough to kill parasites and now you are ready to taste it.

Is it safe to eat Scorpions?

You may wonder is it ok to eat Scorpions, because they are venomous and have the stinger on their tail. Chinese people eat scorpions without removing scorpion stinger. But our advice is to take it off to be careful. Venom is a protein that can cause a severe allergic reaction. But cooking scorpion makes them completely safe to eat like shrimp and lobster crabs.

People says that scorpions taste like beef jerky and some says its taste fishy. The tail is kind of crunchy like popcorn and body is very similar to crispy French fries. Scorpions are packed full of protein just what you need when you in a survival situation.

Are all types of scorpions edible or are there some you should avoid?

All scorpions are edible. If you want to eat the venom then you can, but if you develop some reaction then you should seek medical attention right away. Just be careful how you handle them and don’t bother with the stinger, but our advice is to take the stinger off before eating.

There are many ways to cook scorpions to eat, but this article mainly focuses on survival situations. Some people eat scorpions without cooking, but we cant tell that is safe 100%. How to cook and eat Scorpions? there are many ways, but we believe that this is the easy and safe one.

also read: Who is the man behind Kent Survival + Net worth

Facts about Dom and Marie from Vanlife Sagas YouTube channel

Everything to know Jarrod Tocci’s Lifestyle and Net worth

Facts to know about Trent and Allie’s lifestyle & Net worth

Meet the Family Behind Sin City Outdoors + Net Worth & Facts